Skip to the content
Rajendra
August 22, 2020
On 15 August, Prime Minister Narendra Modi wrote a letter to cricketer Suresh Raina, who said goodbye to international cricket and wished for the second innings of his life. 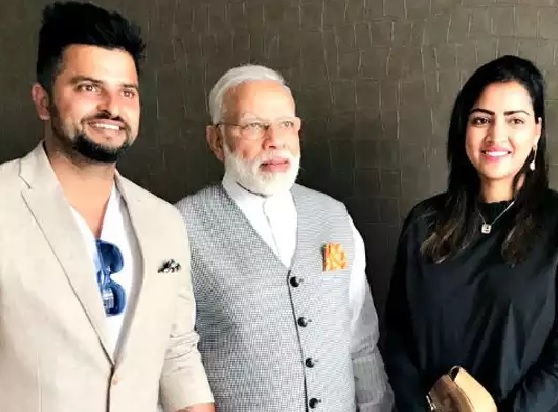 Modi praised Raina’s game and described him as a great cricketer. Modi praised Raina for fielding and said that the captain’s confidence in Raina with the ball was also maintained. Raina has also thanked Modi for this letter and said that such inspiring words of the Prime Minister of the country are a big thing. The batsman of left-handed played many useful innings for India in the middle order. In addition, he was also counted amongs the best fielders in the world.
Modi wrote later, ‘On August 15, you took the most difficult decision of your life. I do not want to use the word ‘retirement’, because you are too energetic  and young to ‘retire’. After a very memorable journey of your life  on the cricket field.
Modiji wrote to Raina in his letter, ‘The generation will not only remember you as a good batsman, but will not forget your role as a useful bowler. You are a bowler whom the captain can give a chance. Your fielding was excellent. You can see the best international catches of this period. It will take some days to calculate the number of runs you have saved.

When we play, we give our blood & sweat for the nation. No better appreciation than being loved by the people of this country and even more by the country’s PM. Thank you @narendramodi ji for your words of appreciation & best wishes. I accept them with gratitude. Jai Hind!🇮🇳 pic.twitter.com/l0DIeQSFh5

The PM wrote, ‘The praise of the players is not only on the play ground, but also outside from the field. Your courage will encourage many youth of our country. During his cricket career, you faced injury and other problems but overcame challenges every time.
He further wrote, ‘Suresh Raina always walked with team spirit. You played not for individual records but for the pride of the team and India. Your courage on the field was amazing and we also saw that your celebration on the wicket of the opposing team was different.
PM Modi wrote, ‘Your contribution in social service is also commendable. You were also always ahead to help womens empowerment, clean India and the needy. Thank you all for making India a leader in the world of sports.
Suresh Raina thanked the PM and wrote, ‘When we play, we shed our blood and sweat for the country. There is no longer motivation than the love of the people of this country, and when the Prime Minister of the country says so for you, it is even more important. Thank you for your inspiring words and best wishes to Modi ji. I wholeheartedly accept it. Jai Hind. ‘
खबरों के लिए इस न्यूज़ को ज्यादा से ज्यादा शेयर करें और अपडेट्स पाते रहें।
https://www.updated24.com/
20.59368478.96288

JEE MAIN: Today is the exam, know – what is the reaction of the students, there is tension on this matter